A downloadable game for Windows

Sons of Týr is a top-down online multiplayer rpg set in a viking world.
You play as a viking, raiding villages to gain loot and resources to upgrade your settlement. Do this alone or with a group of friends with whom you can also battle against in the arena.

The game features a commitment-style combat system with melee, ranged and magic, each with their unique sets of weapons and mechanics. Upgrade your character by getting higher tiers of weapons and equipment and by leveling up your weapon specializations.

Note: there's a maximum of 20 users that can be online at the same time due to limitations of our current networking tier.

Hello!
I have a problem where I cannot create, edit, or delete characters and therefor not play the game. I have it working perfectly on another system, but I can't seem to delete it and remove all data. I have tried deleting the key via regedit but with no luck. Do you have any idea what I can do? 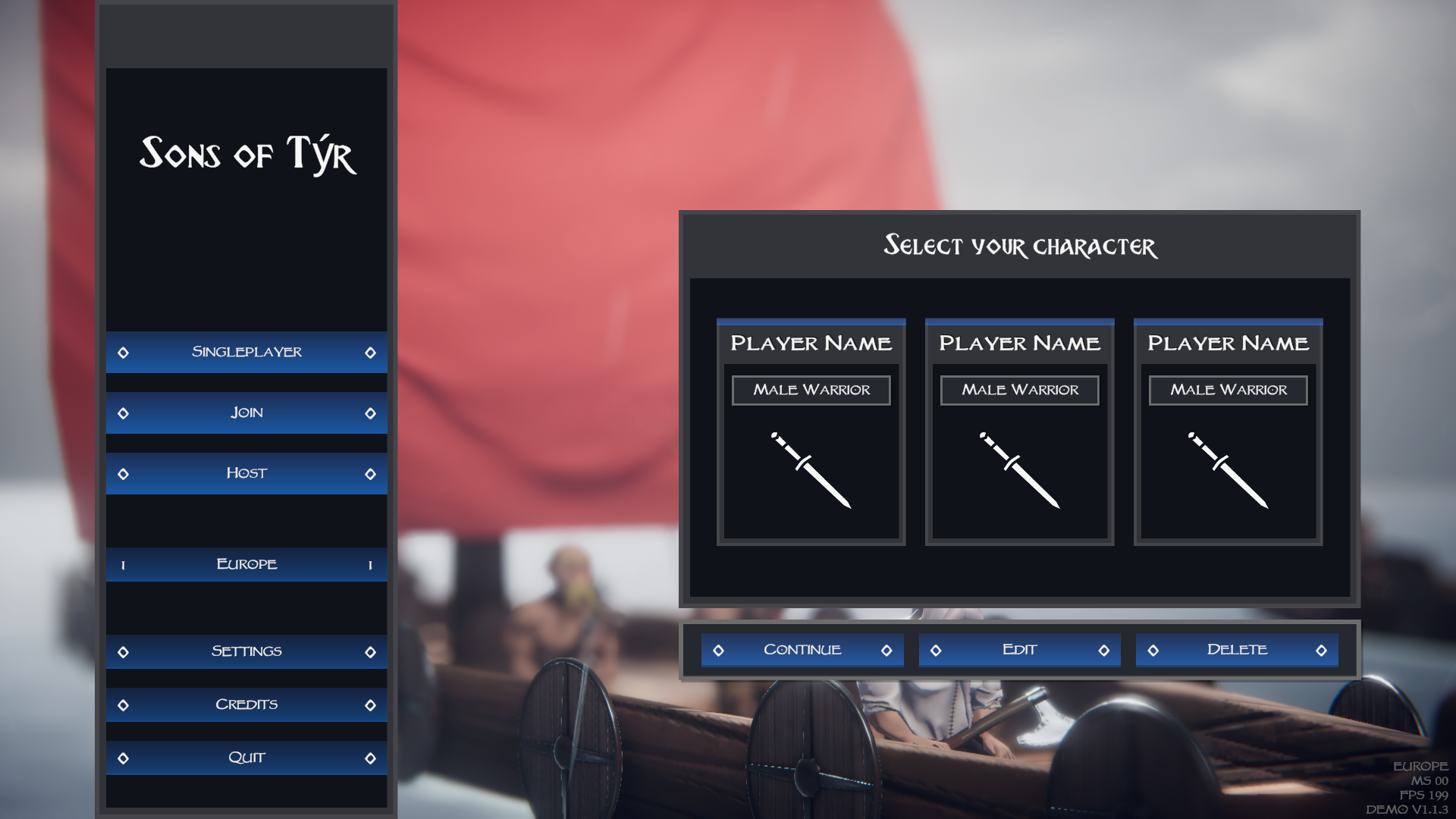 Is there any plans to make this as a full game? Its super well made and i would definitely buy a full version of it.

Hey, thanks for the nice comment :)
Unfortunately we don't have such plans as it's been a while since we first released the game and most of us have moved on to other projects.

Hello, I'm really enjoying this game but after the first raid, I can't go in to the second raid. The game was just loading and get stuck in "1/2"

Hi, thanks for the headsup, I fixed the bug right away. v1.1.3 includes the fix.

Dudee, thank you so much! I'm really recommending this game to my friends!

I don't know if this is a bug, but you can make infinite money forging apples and selling them

Whoops, thats an oversight that must have slipped in previous patch. v1.1.3 includes a fix.

Where do I find soul antlers? Me and 3 of my Friends are at the stage where we did the Raids there are and tired to find secrets in those raids but we couldnt find any Soul Antlers yet, but we need them. Can I get a little hint ;)

Hi, thanks for playing the game this much! Anyways, they drop from a Divine Being (50% if i recall) that rarely spawns in place of a stag. Your best chance is to load the first raid with the stag near spawn and hope its the Divine Being. Soul antlers can also very rarely drop from supply chests.

Hi, I was trying to find some inspiration for general top down game design for a solo game i'm working on and came across your game. I love your art style and colour palettes with playful design. As well as very thought out and memorable level design. Keep at it guys.

Is there the possibility of running one's own private/dedicated server?

Hi, no, dedicated servers are not possible unfortunately.

You can get those by salvaging Greatsword and Death Scythe. Thats an oversight on our part. Next update has altered recipes so the ashes are not needed.

this game is sick really nice job! I love the combat

How to fix it?

Hey, could you please describe the problem you're encountering?

Edit: I think I see it, if it's the super tiny game-window you have on your screen then do the following:

From one of our comments below.

Open the registry-editor on your computer and navigate to HKEY_CURRENT_USER\Software\SynergyStudios\SonsOfTýr. Delete this entire key and then reboot the game.

I came for the magic system, which seems to be the runes system considering the Nordic background but I can't unlock the runes until I get a gemstone. I was wondering at what point in the game would a gemstone appear, would it be after the first raid is completed, or during it, or am I missing something?

I agree with you

i played the game a lot i guess, and the runes are things u need to craft another staff, so, the staffs are the magic system, is a little disapointing, but for a indie game it is incredible, btw u can farm some especial staffs, and to get a gemstone u need to farm it in chest, so u need to re-do some missions just for the gem

So you just grind out chests to find the gemstone, or is it a specific chest or a specific mission that the chests have a chance to give the gemstone?

I farmed it on the common chests on the first map, cause the map was shorter and i knewd the chest spots, but u can do in every chest

Hi, thanks for playing. We released the 1.0.7 update yesterday, which makes gemstones and runes much easier to come across. They can also be (rarely) sold from the shop now. There is also a free icestaff you can find near the runecrafter.

Hi, all raids (levels) are started from within your village. To start a raid you need to unlock one of the ships using some resources and a map to that raid island. Maps to new raids are found inside other raids by killing a special mob or finding a specific place.
Your very first raid is automatically unlocked and can be started by traveling with the second docked ship from the right in your village. In that first raid you will have to find the map to the second raid ;)

I think his problem here is where is the ship that goes to the Island of bandits. Because there are only 3 ships available and none of theme were named as "Island of Bandits" though we already have its map.

Made a gameplay video in Linux with Wine 5.0
Hopefully there is a native Linux version planned... but until then it runs well in Wine.

I tried multi-player on a LAN as well, which worked, but the only problem I had was when we loaded the game or travelled, everything in my inventory would disappear.  As if I started over with a new character.

I also found that the Character folders ended up on the C:\ drive for some reason.  So that is probably why.  I was unable to resolve this problem, but I know it isn't developed for Wine anyways.

Hey, thanks for the great comment & video!
We have tested a native Linux build but it didn't perform to our expectations so that's not something we want to pursue for now.

No problem.  I know its difficult to troubleshoot if you aren't using Linux regularly. What about the Character folders saving on the C:\ drive?  Have you seen this before?

Thank you for this awesome game! I love the simple graphics and the engaging action.

We haven't seen that before. On Windows those folders get saved inside the AppData folder, which should always be on the C drive. So I'm guessing because the game can't find that folder on Linux it takes the root instead.

This is something we can fix but it does not explain why it happens in multiplayer only since it's the same data and method of loading as in singleplayer.

That is what I figured.  AppData is a typical place for save games.  Ok, I'll test it a bit more in Wine, but you don't have to make any changes because I know Wine isn't supported. Its just pretending to be Windows.
Thanks again

Hi, yes the game doesn't support cross-region play and at the moment you aren't able to change the region you're connected to.
We understand that this might be an issue and may change this in a future update.
Also just to clarify: rooms are hosted by players, if you can't find an open room you can try and host one yourself.

Hey, thanks for playing and posting the vids. Its been interesting watching you play, and it helps us find flaws in the gamedesign. We are already talking about how to improve the design, based on your video.

Where does your user config files save to.

I set the game to full screen, which caused it to crash for me and now even though it says the game is running, whenever I boot up, I cannot see the game window.

It seems to have a transparent effect as I am unable to interact with anything else on my screen (as if in game) yet I cannot see the game.

Please let me know so I can manually change the resolution and fullscreen options.

Hey, open the registry-editor on your computer and navigate to HKEY_CURRENT_USER\Software\SynergyStudios\SonsOfTýr.
I advise you delete this entire key and then reboot the game.

Thank you so much. It worked. I also have come to the realization that it was my monitor acting up and not your game.

Keep up the good work :)

Me and my friends are trying to play the game, but it continues to say there are no rooms available, even when we are in game and hosting! Same with when trying to wait in the lobby. Is there something that we are doing wrong and if so what are the fixes for it?

Hi, we haven't heard of this issue before. Are you guys perhaps playing from different regions?

No, We all live relatively close to eachother, so I was just wondering if we have to use an external program to be able to connect with eachother. If not, is there something that I am not aware of...?

Hm, no you don't need to use any external programs.
After hosting a room via the main menu it should show up for the other players when they navigate to the join section.

Maybe your firewall is blocking the connection? Have each of you tried to host a room?

Sorry for the late reply, Yes we have tried. You might be right about the firewall but I don't really have anything open that might cause for it not to appear for me or my friends. Even then though, I don't see any rooms anywhere when I check the Join Section... Should I have just tried restarting my client when they create a game?

What you can try is booting up two instances of the game on your computer. Host a room on one instance and then check on the other to see if the room pops up.
If that doesn't work then I'm afraid I'm out of ideas.

hi guys , i have a low spec pc and the game lags alot on my pc , can u give us more gaphic settings for low spec pc

Hey ,sorry I am not the developer But what are your specs?

Hey, sorry to hear the game is not running well for you :(

I'm one of the developers. If you haven't already, turn down the settings ingame. This will disable shadows and lower textures and such. Beyond that there isn't anything we can do without altering the the backend of the game. Sorry

Hi, this is a very nice little game you have here. Great work! What are your plans for future updates and content?

Hey, thanks for the kind words!

For now we are enjoying a break but there might be some extra content in the future. Most likely in the form of extra levels to play and more combat variety.

Do you have any intentions of porting to Linux or Mac OS?

And does this game have controller support?

-At this moment we don't have any plans to port the game.
-There's no controller support so keyboard and mouse only.

Does this game use DirectX or something else?

Yes we use DirectX with the Unity game engine. 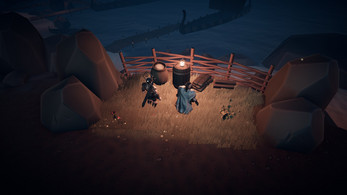 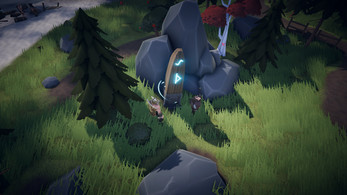 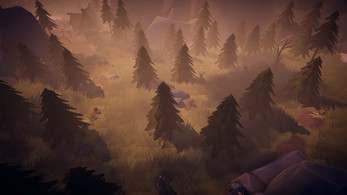 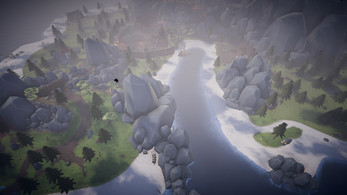 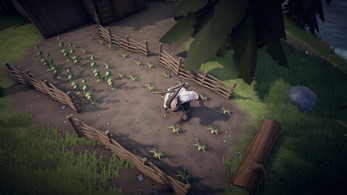 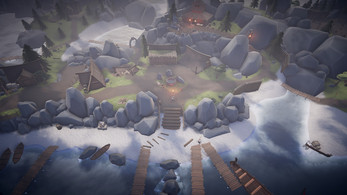 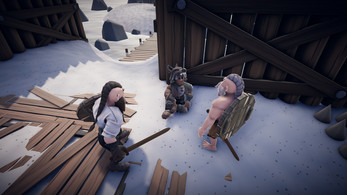 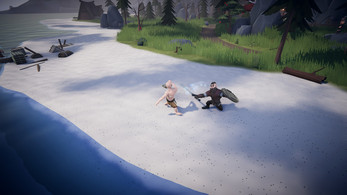 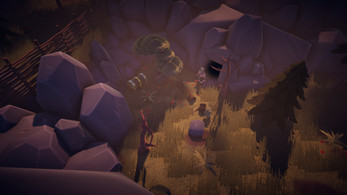 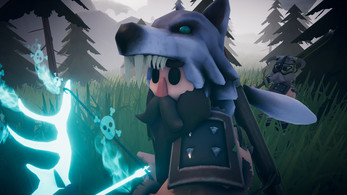 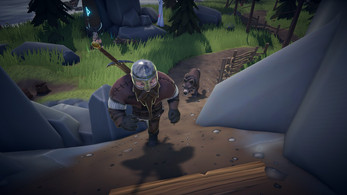 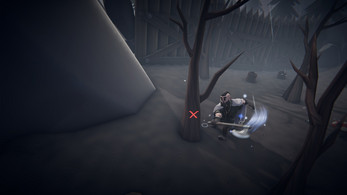 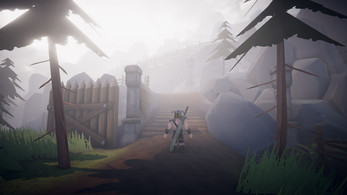 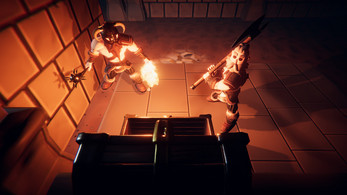 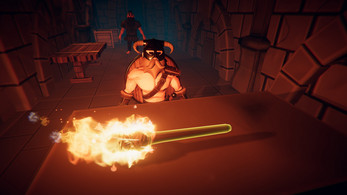 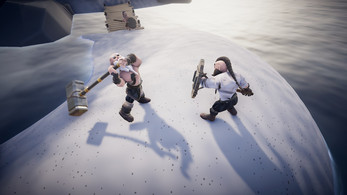 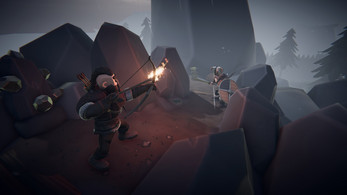 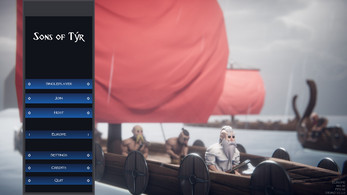 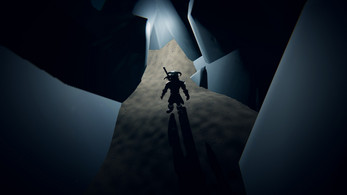 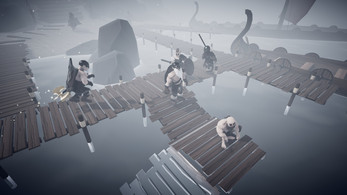 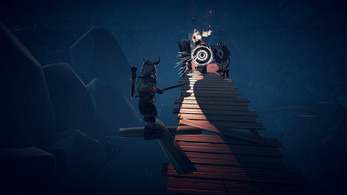 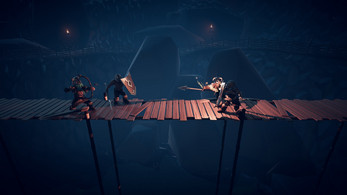 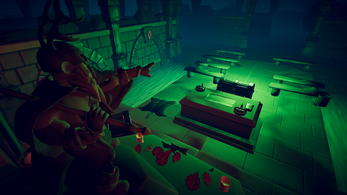 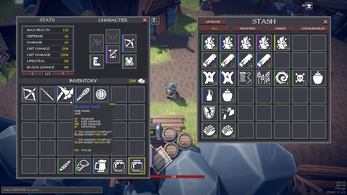 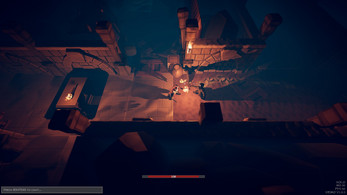 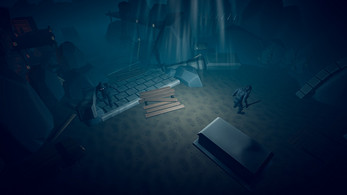 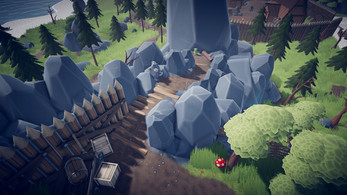